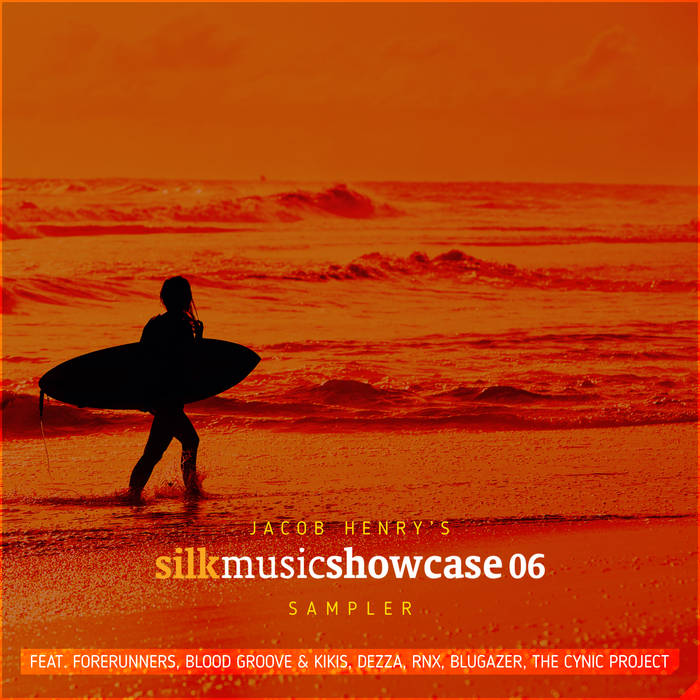 In anticipation of the release of Silk Music Showcase 06, Jacob Henry is thrilled to present a sampler of standout tunes from his mix. From deep and atmospheric to melodic and euphoric, the five tracks chosen here represent the range of progressive sounds on Jacob's mix, as well as the weekly label radio show from which it derives its name.

Beginning this past year, Forerunners has contributed a guest mix to our Silk Music Showcase radio show on a seasonal basis, which always proves to be a highlight in our schedule. It is our great honor to kick off this year's compilation with the Arizona native's mesmerizing progressive opus, "Adrift." A spiritual descendent of Orbital's classic "Halcyon + On + On," the song features an extended cinematic intro, from which a gentle, hypnotizing groove (and equally entrancing atmosphere) emerge.

The wonderful Blood Groove & Kikis, who appeared on both the 3rd and 4th installments of Silk Music Showcase compilation series, offer the rapturous "PROGmatism." Centering on uplifting, if not hallucinogenic arp lines, the Latvian duo's contribution proves to be a climactic moment in Jacob's mix.

Robert Nickson needs little introduction to veteran trance & progressive fans; the Anglo-Norwegian virtuoso deploys his RNX alias here, given the deeper and more introspective qualities of his contribution to this year's compilation. A paragon of progressive's transcendent qualities, "New Mexico" is a goosebumps-inducing melodic odyssey through the so-called "Land of Enchantment." As enigmatic and beautiful as its namesake, "New Mexico" is an instant classic; its composer deserves the highest praise for the sonic and narrative qualities of this unforgettable tune.

A reliable pairing on our recent radio show-based compilations, American sensations Blugazer and The Cynic Project once again have teamed up; the result is "Queenscapes," an immersive aural expedition, in which the listener is submerged in myriad vocal and instrumental layers. Blugazer's blissfully atmospheric synths, a veritable artist signature, have a sort of opiate effect on the listener, while The Cynic Project's ethereal vocal touches propel the listener even deeper into a spiritual reverie

Bandcamp Daily  your guide to the world of Bandcamp

outré black metal, with a Victory Over the Sun interview and music from Liturgy and Jute Gyte.